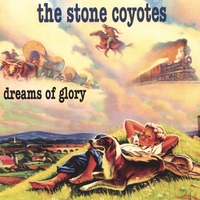 First off I want to say I want to hang out with these folks. Their bio states that Barbara Keith (vocals/guitars/slide/keyboards) has written songs that have been recorded by quite famous folks (Barbra Streisand anyone?). Then her husband Doug Tibbles (drums/percussion) used to write for some of my favorite 70s TV shows: “The Munsters”, “Betwitched”, “Andy Griffith”, “My Three Sons”, “Family Affair” and “Love American Style” (great, now I have that theme song in my head). Their son John joined them when he was eleven. I know what you’re thinking…Partridge Family…but no. These guys are way cooler (and I’m not saying the Partridge’s weren’t cool).

This is such a wonderful refreshing record. The songs are so well written and expertly performed. The style would be something like alt.country/rock, but with a skosh of a pop sensibility.

Stand out songs: hard, because they’re all cool, but I particularly like “Party Down the Hall”, “Street of Laredo” (their country comes out here) and “Ace of Spades” sounds a little like it could be an old 80s rock hit. I also like that they’ve included some live songs so you can get a feel for what they’d be like in concert. I hope I get a chance to see them sometime.

When looking them up on CD Baby to get you the “buy” link I saw that this is their 8th record! Eighth, people! Where have I been?? Get this!!!