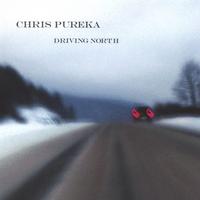 OK the first song’s intro sounds almost exactly like “Buildings and Bridges” by Ani DiFranco, but luckily once the voice hits we are relieved that this is not just another Ani Clone.

Though I would go so far as to say that if you like Ani you’ll probably dig this recording. In fact, fans of Melissa Ferrick, Melissa Etheridge, and Tina Schlieske ought to check out Chris Pureka as well.

Her voice is gutsy and powerful but at the same time, comforting. It’s got a very appealing whisky sound to it, which is especially present on the slower songs. Her guitar prowess shows on tracks like the instrumental “Reprieve”

This is a nice collection of well-written songs with interesting melodies and clever lyrics. This is a good choice whether you want it for background music or to really sit (or lay) down with headphones on, the lyrics in hand and really get into it.

Stand out songs: You know what? I can’t even pick one because they’re all equally good. OK, gun to my head, if I had to pick a single….”3AM”…no “Porch Songs”…no, “Cynical”…yes…that one…see, it’s hard? But that’s my final answer. I think.

Just a note: I just lent this CD to a friend at work and by the time she had heard the second song she had already ordered herself a copy. Now she’s going crazy waiting for it to show up (I let her borrow mine again so she’ll be OK).

Rating: 5 Stars
Comment: I have not taken this cd out of my cd player one time since I got it over 3 months ago. I can’t remember the last time I was so captivated by a singer-songwriter. Driving North is quite possibly one of the best cd’s i’ve ever had the priviledge to hear. Take my word for it, buy the cd. You won’t regret it but you WILL regret not having heard it sooner.
name: Mia on Tuesday, February 1, 2005

Rating: 5 Stars
Comment: This is an absolutely amazing CD. She is an awesome guitarist with quite a bit to say. It isn’t often that I find a CD that I can play over and over again, but this one I can. I’m very picky about the music I listen to, and after only two days of having the CD, it’s gone to the top of my favorites list, and that rarely happens. This really is an amazing CD.
name: Christine Jetter on Thursday, January 13, 2005

Rating: 5 Stars
Comment: An amazing CD, I could listen to it all day, infact I have. It is a constant compainon with me, and her voice is sexy and the lyrics are powerful. I highly Recommend it.
name: Kati Healy on Thursday, December 23, 2004

Rating: 4 Stars
Comment: This CD is great! I went to see Chris for the first time about 3 months ago. She was playing ahead of the act I was there to see. I had never heard her music previously. The show was fantastic! Chris’s set was incredible and immediately inspired me to purchase the album, and tell everyone I knew about her. A few of my friends have also purchased the album after listening to mine. It has been about 3 months now since I bought her album, “driving north” and it still gets heavy rotation in my cd player. I just can’t say enough about it. It’s so good, I am surprised that she has not yet received the type of attention reserved for those talents that are just blowing up on the scene. It’s only a matter of time. Her first CD, self-titled Chris Pureka,is also well-liked by me. I think I might like it better. Love them both!
name: Paul M. on Friday, December 3, 2004

Rating: 5 Stars
Comment: I was hooked after listening to her for 15 seconds. No joke. This is the real deal. One of the most authentic singer-songwriters I’ve heard ever. Out of the current wave of young twentysomething year old folksingers, she stands shoulders above the rest. If I could pick any one Northampton musician that I think is destined for greatness it would be Chris Pureka. Look out people.
name: Dami on Thursday, December 2, 2004

Editor’s Note: Agreed, I am still listening to this CD with regularity five months after reviewing it. Trust me, that doesn’t happen very often.

Rating: 5 Stars
Comment: This CD is incredible. Chris Pureka is one of, if not the, best guitar players around. Her lyrics are powerful and smart. Buy Driving North.
name: Trey Dye on Saturday, August 21, 2004