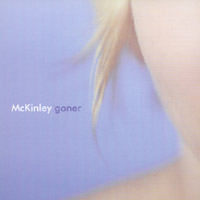 McKinley’s last record was brilliant. Since then her record label’s folded and she’s had to put this new album out on her own. Thankfully, it’s great. It’s calm and has some inspired songs.

The dark lyrics of “Pusher” are balanced by the poppy setting. McKinley manages this with seeming ease.

“Stranger’s Windows” is intricately made and allows more risk taking musically than before. McKinley’s voice is allowed full exposure and it sounds great.