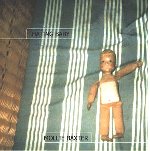 At first listen, I thought this CD is a peaceful one. Nice to have on in the background. Granted I was at work at the time and I couldn’t have the music too terribly loud. But my ears really perked up when I heard the song “Tissue Paper Flowers”.

Upon second listen, the songs started to grab me more. Her music has a sense of 60s Brit pop/folk (well she is from England). The songs have very nice melodies and the whole CD has a light, springtime feel to it. It could be described as folk I suppose, but not the crunchy-granola type. It has more of a sophisticated pop sense.

“Tissue Paper Flowers” remains my favorite and the whole CD is great, but there are a few other tracks I particularly liked.

“Nose Against the Glass” is a nice (though short) a capella piece which really shows off Mollie’s voice. “Rock the Ginger Slow” has an interesting guitar line and nice melody and “Lullaby” is a solid folk song.

Mollie has a voice that I would describe as cute. Not cutesy, but sweet and almost childish.

If you’d like Belle and Sebastian mixed with folk you should check out Mollie Baxter.