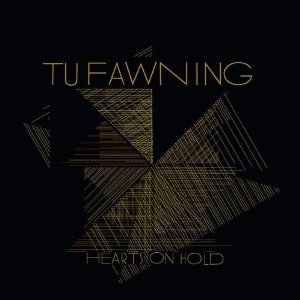 Femme vocal grime of the Katie Jane-Garside meets Charlotte Gainsbourg and Bjork at a Bram Stoker theme night ilk, litters the oblique spare guitar twisting instrumental for opener, ‘I Know You Now’. Singer, Corinna Repp uses her haunted and harried style to make her determination the focus, with hovering soulful backing and seeping ambience providing a worthy distraction. More overall mystique and jungle percussion rhythm shows up early the broadness of this evergreen Oregon collective, ‘The Felt Sense. Aching backing vocals also help to set the stage up for the clearly searching lead vocal cascade, before a percussive rattle wrenches out the ambience and a ranging mini-epic is conjured up.

The gothic undertones that have become a signature of this band mingles with the steadfast percussion. A seeping organ touch and gospel backing, instils a chilling richness to ‘Diamonds’. Meaningful lyrics slot possessions into their natural perspective and a nourish element is spookily filtered in.

Repp seems to conduct the mood-building with her varied tones, managing to deliver desperation, without scrimping on the clarity. A 50’s blues pop toe seeps into ‘Sad Story’, as a horn march sneaks up on the trickling keys and a stirring vocal stammer mingles in well. It gives the song a compelling vibe. Shortest track on offer, ‘Mouths Of Young’ weighing in at just under three and a half minutes, is an alternative lullaby, featuring an edgy yet calming femme/male vocal back and forth. Before Repp pleads hauntingly:

The above encapsulates a rare ability to communicate loneliness without appearing one bit sappy. Daniel Powter would be able to fill an A4 pad with the notes he could take about this skill after listening to one Tu Fawning track! Clanging ambient keys build up for a quirky gothic/orchestral intro to the down-key and slightly morbid, ‘Hand Grenade’. It shows up an adept ability to grate and grind the listener into a state of submission, with plenty of help from the slowly delivered, but grilling vocals.

‘Hearts On Hold’, is an album that that separates the elements of Repp and co’s songs so that the listener can appreciate the song-crafting process. Be it the slowly delivered demonstrative vocals, the mood implanting keys or the deftly atmospheric guitars? Tu Fawning continue to be atmospherically compelling, and, at times, chilling and increasingly varied.