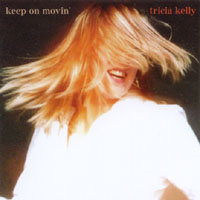 When you first pop this in, you hear the beginning notes of Beethoven’s “Fur Elise”. So at first, I thought ‘Oooh pretty piano! Goodie!’ then the disco beat kicked in and I was crestfallen. That song almost ruined the CD for me. I almost didn’t listen to the rest.

I used to work for an event planning company and we would get CDs in the mail constantly. My boss would put them in and if the first track did not grab him within 5 seconds it was out of the CD player and in the trash along with some very disparaging remarks.

Now, I’m not that tough, I’ll usually give something a couple of listens and so I did with this one. I just gritted my teeth, it was all I could do to listen through the first song but I am glad I did. The rest of the CD is much more palatable. I was actually able to detect a style or genre which I would say is R & B + Disco.

She does some covers as well as some originals.

“Show Me” is an original that is very suited to her voice. It’s a nice R&B ballad.

Track 7, “How Do I Stop Loving You?” is a gorgeous song. It also really showcases her incredible voice, something you might not be able to tell from several of the other songs.

Then she follows it up with a disco tune that sounds like that old hit, “Le Freak (So chic)”. Maybe I just don’t appreciate disco like others do.

She’s got some great reviews in other places on the Internet. But this CD didn’t really “move me”. I will say that judging by her photos and comments on her site she seems like a lot of fun! And she does have an incredible voice, that no one can deny. I just wish the music were in a different genre. But if you like disco, then by all means. Give this one a shot.