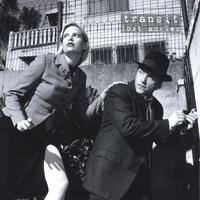 “S-Curve” is an atmospheric track that uses the harp and Boyd’s angelic voice well.

“Gently Johnny” is the second use of this traditional song in a few months. See also Caroline Lavelle’s stunning version on her cd “a Distant Bell”. The song might be familiar from its use in the English cult movie “Wicker Man”. (starring the always menacing Christopher Lee). This version is more trip-hoppy but no less ravishingly sensual.

“Fading” is a fusion of folk music and Portishead’s cinematic ambience. Boyd’s bird-like singing pitches it in a strange and lovely place. “Gnome” is moody and uses the odd mix of harp and electronica to create a new thing.

“Easy Ways” ends the album on a good note. Boyd sings ever sweetly while the music is swaying gently round her.

“Lost Angles” is an intriguing new chapter in a great book. Oh and the cover art is cool and uses the cinematic theme by presenting Walker as a p.i and Boyd his client.