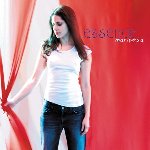 San Francisco’s Essence (her real name…hippie parents) has released her debut CD, “Mariposa” on Or Records.

On her CD cover, she looks a bit like Jennifer Love Hewitt but (thankfully) creates better music (in my opinion, of course). ‘Love’ is fun to watch on screen, adorable, and I’m sure she’s a lovely person, but I don’t dig her music.

I kept thinking Essence’s voice reminded me of someone else and I couldn’t place it. I thought perhaps Terami Hirsch but after listening to the entire CD that wasn’t quite it. Then on about my 4th listen, it came to me on track 3, “Dark Angel”.

She sounds a bit like Merrie Amsterburg who, to most of you, won’t be anymore familiar than Essence. Merrie has a really distinctive voice and on this track Essence sounds very much like her. Probably because the song writing is similar here too. The Amsterburg Thing comes out even more on “Beat Me Blue”. Once I made that connection I can’t not hear it.

The songs here are definitely pop that could compete with anything you might here on commercial radio today. “Still Crying” and “Drop of Sunshine” especially stand out in this light. But there is another ‘something’ at work here too. Though her voice can sound childish at times, Essence’s music is more mature.

Her songs are well crafted and fun to listen to. When I’m in the mood for good solid fun pop this is what I’ll put in the CD player.

Comments:
After hearing Essence play at a little club in San Francisco I bought her CD on the spot. Her soulfully sweet voice draws you in with pleasant and catchy melodies. Then you start to listen to her lyrics and realize the emotion behind the songs. From whimsical to haunting the music is well developed. This is the sort of music where you will like all the songs on the album and play it over and over.
~M

Rating: 5 Stars
After hearing “Little Innocent” a few times on public radio KNBA in Anchorage, AK, I absolutely HAD to find out who this chick was. Because the song was always heard in the overnight hours, their was no DJ announcing even the name of the songs, so we just called it the happy phycho song :)After getting in touch with the station, though and finding out the artist, I didn’t waste any time looking her up on line and finding out what other music she performed. I have since bought “Mariposa” and love it. I find her voice almost haunting at times, yet with a seductive quality that is dark and erotic. “The Worst Way”, I think, eminates this best. I also highly appreciate the lyrics of many of her songs which echo so many truths of thought that are so rarely voiced. She’s touched a piece of my soul with her music.
~Melissa

Rating: 5 Stars
i was at barnes and nobles when i first heard essence’s CD for the first time. i was listening to the clips and i heard still crying. i played it over and over agian because i really liked the song. i came back a few days later and got the CD. it was the first time i had bought a CD without fully hearing one song on an artists album, i hadn’t even seen her or heard her on TV or on the radio. it was a great dicision to buy the CD because i enjoy it very much, its in my CD case with my all time favorite artist (alanis morissette, sheryl crow, no doubt…) i cant stress how wonderful this CD is to me, although the sound of the CD isnt made for everyone, i’d say it has a very unique sound that some cant get used to. but thats only how i see it. i would recomend this CD to anyone. it has catchy tunes, thoughtful lyrics and a whole lot of subjects that usually artists dont cover or at least not as well in songs, (ex. beat me blue, love is the price we pay, artichoke) my favorite song would have to be little innocent, very creative and unique. its a great album, pick it up!
comment by diana