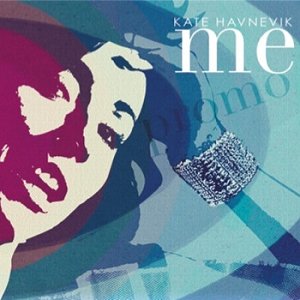 This is the teaser, sort of, for Kate Havnevik’s upcoming release, Unlike Me (see what she did there?)***. Judging by this, I’m really looking forward to hearing the full length.

One of the first notes I took was: “I was expecting a more Frou Frou sound knowing that Guy Sigisworth helped write and produce this.” But upon more listens I really do hear the Sigisworth touch on many of the songs. It’s never going to be confused with Imogen Heap because the voices are so different, but it’s definitely similar. Especially on Halo.

Show Me Love is super cute and poppy. Finger snaps and everything. I can see this being the single.

Soon is sweeping and cinematic.

This EP actually reminds me of a lot of the Scandinavian music I’ve been hearing in the last few years. makes sense since she’s Norwegian. Very catchy, very singable (as in, you want to sing along…or at least I do).

***I had misinformation. I’ve been corrected:
She has an older EP named “Unlike Me”
The album dropping this summer is “YOU”

1 comment for “Album Review: Me (EP) by Kate Havnevik”