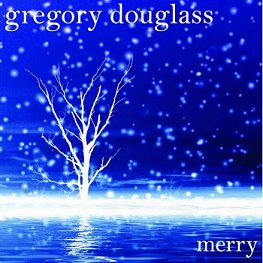 Well, by you all know how much I love Gregory Douglass so it should come as no shock to you that I’m digging this holiday EP.

He begins with Last Christmas, the song made popular by none other than Wham! Of course, his is less 80s pop-disco and more pretty, piano-based loveliness.

Douglass’ original, What a Long Year it Was has an almost Burt Bacharach feeling. This is a good thing.

I had not heard Walking in the Air before, but it sure sounds like a Douglass song to me. Curious to hear the original now.

It ends with a couple of traditional tunes that are beautiful renditions. This is a great holiday EP to have on while you’re wrapping presents, drinking eggnog, and trimming the tree.