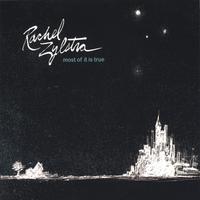 Rachel Zylstra’s full-length debut is pretty special. Her songs strike me as being clever and well written.

Opener “Lost” sees her playing the piano with some skill.

“The Prince” describes longing for the wrong sort of a person in smart terms. The backing is just piano, but it’s more than enough.

“Into this Town” is a more orchestrated song that works well. This is a strong debut by a gifted singer.