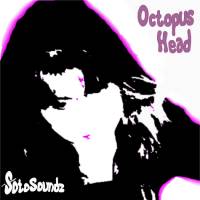 When I put this in my CDDB it labeled it Heavy Metal. I thought, oh boy, this outta be good (I am not a heavy metal fan at all). But I actually like this. If it’s truly heavy metal I might have to rethink that whole thing.

Now, that’s not to say it’s folk or Adult Alternative, I mean, it has an edge, don’t get me wrong. Lead singer, Karen Sotomeyer (who, by the way was one of the first women that Collected Sounds ever spotlighted, back in 2000) has a deep, strong rock voice, reminding me at times of the Wilson sisters of Heart fame. It sounds almost masculine at times; and even gets distorted on some songs, but goes with the music nicely.

Thought the songs are hard and rough, they are also melodic and fun to listen to if you’re in that kind of mood. Put on your leather pants and bang your head a little.

Stand out songs: The Spell Your Under, Situation Opportunist

Track Listing
1. Burnin’ with Desire
2. Situation Opportunist
3. You’ve Got That Somethin’ That I Want
4. Just A Little Jam…Please
5. Do I?
6. The Art Of Love
7. That’s Called Life
8. The Spell You’re Under