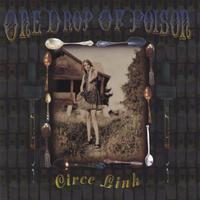 Boy it’s been a week of sophomore releases for me. This is also one artist I have reviewed previously here. It’s also the second one in as many days that has been classified as country but I don’t even like country, and I do like this!

I would never have called Circe Link country, but I know she’s being played on country stations, so I guess I have to say “Uncle”. But it still sounds more like jazz to me. It’s got an old tyme feel for me. That’s what is cool about it. It is very hard to define. So don’t try, just listen and enjoy. I also love that the CD itself is printed to look like a record, as opposed to a CD. It even says “Side #1” on it. Nice touch.

Since her career started almost by accident I wasn’t sure if I should be expecting anymore recordings and really not sure they’d be as good as the first. But I needn’t have worried. This is just as solid, maybe even more so, than “More Songs”.

Her voice is in top form. It’s always sounded great, but I’m hearing a little more *something* than what was recorded previously. Not sure what it is, but I’ll take it.

Plus is she gorgeous or what? I think her legs are as long as my entire body.

If you’re ready for something different and interesting that you can dance to, relax to and general hang out with, you should give this one a spin.