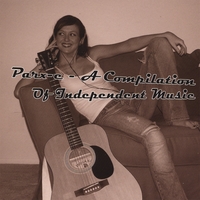 When I first got this CD my thought was, “oooh cool a compilation from Australia, I like a lot of Australian artists!” then I laughed because the first name that popped out to me was Jenny Dalton. Jenny Dalton is local here in Minneapolis. But there are plenty of ‘down under’ artists on here as well. None I had heard of, but that’s OK. I’ve discovered some I really like.

The Long Winters open the album with their song Pushover. It’s a cool indie rock tune. The lead singer reminds me of someone else but I can’t place it.

Amanda Rogers has a really cool voice and style and I would like to hear more from her. Her song, Drive, is very likable.

The Wellingtons also caught my ear. They remind me of a band I fell for recently called Silver Seas. Part 60s pop, part Ben Folds. Yum.

There are others I liked on here, and others I could have lived without. But all in all this is a nice compilation of indie artists to whet your appetite for more.