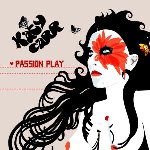 The second album by Katy Carr makes a development from her debut “Screwing Lies”.

The dreamy “Druggie” is like an Indian take on a Stereolab song. Carr sings ever so innocently of taking drugs.

“Sharkesville” has beautiful violin playing by Calina Mare. The song speaks intriguingly of a shark-like man.

“Spaceboy” sounds like the French band Air, but with a more folksy slant than they’d use.

The danceable “Borderline” is another great song. Carr’s lovely voice meshes well with the synth-based backing.

“Turpin” is a duet between Carr and John Hegley who plays highwayman Dick Turpin. Carr assumes the role of a woman who loves him. It makes for a compelling mini-drama.

This album is a step forward for Carr. She was great to begin with, but now she has become a force to reckon with.