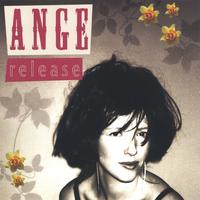 Ange Boxall is originally from Tasmania, Australia but now lives in London.

The CD starts out with “Bigger Picture” which has a sort of Rock-a-Billy/Chris Issak feel to it. Very melodic and a really fun song.

“Lady” is one of those songs that feels like it takes the listener back in time. It’s reminding me of a CD I reviewed a long time ago. It was by an artist named Circle Link and her music was sort of old-school too. Really interesting and cool.

Boxall tends to take some chances with her voice. At times it’s astonishing, others it’s just kind of weird, but always intriguing.

The music is hard to put into a genre…sometimes it sounds like adult alternative, sometimes pop, and sometimes downright honky tonk. But that’s not to say it’s a schizophrenic album, because all the songs have a commonality. Part of that commonality is her voice, and there’s something else too. I can’t quite put my finger on it.

This is an album that will remain in my regular rotation for some time to come.

I don’t really want to pick out stand out songs because I honestly like them all and they are so unique that I think there’s something for everyone. That said, I really like “A Simple Life”.