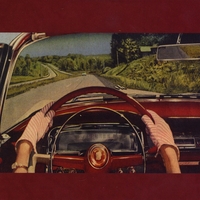 In December of 2008 I reviewed their previous release called [An Evening Out of Town]. This is much the same. Lovely, kind of ambient chill music, though there are some rock guitars too.

It’s repetitive, but that’s sort of the thing with this kind of music. Generally a song will start out with a beat, then a guitar gets added, then another instrument. Kind of like a loop station.

This is kind of hard for me because I don’t know how much else I can say seeing as I’m not a musician and I don’t know all the intricacies of the way the songs are put together or what went into them, but I know it sounds fantastic.