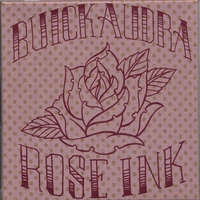 I can’t really place who this group (artist?) reminds me of. There’s something familiar about the voice of singer Audra (? Buick? Which is her name? The website is vague at best. But I feel funny calling a woman “Buick”, seems like an insult). Her voice is great, very powerful and emotion-filled. She does that little break, creak thing when hitting the higher notes and it sounds great.

The songwriting is fantastic. These songs are poppy, catchy while still keeping a bit of an edge so as not to be boring mainstream.

The instrumentation is bare to say the least. It’s just guitar and voice, though the voice is sometimes layered with background vocals (sounds like, also sung by Ms Audra…Ms Buick…whatever.) The backing vocals sound very nice, especially on “Backyard Ballad” where they are probably most prevalent.

It would be fun to hear these songs with a full band, but I wouldn’t say it’s necessary to enjoy the songs. However, being solo does make the songs sound pretty much alike until you learn the melodies and really listen to the lyrics.

This is a nice little record. I guess I think ‘little’ because it’s less than ten songs, came in a sleeve instead of jewel case, and because of the minimalist feel, but there’s nothing slight about it. It’s a great debut.

Track Listing
Listen to track samples
1. The Worst of Me
2. Some Other Girl
3. Third Position
4. The Afternoon Truth
5. To Be An Airplane
6. Backyard Ballad
7. What Stability Entails
8. Soft As

Note: the artist confirmed that her name is, indeed, Buick. 🙂