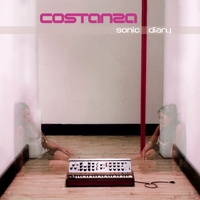 Review by Amy Lotsberg Producer of Collected Sounds
Former Tricky vocalist, Costanza Francavilla has released this album which proves she is a multi-talented vocalist, instrumentalist and composer. I was surprised to discover that this is one person, doing it all.

God’s Gonna Cut You Down is originally a Johnny Cash song, but it doesn’t sound familiar to me. It’s possible that I just don’t know the original well enough or else she’s taken such liberties that she’s made it her own. Either way, it’s a great track.

Not surprising, her music has been used on television (CSI and The L Word) as it’s very mood setting and cinematic If you like Portishead and bands like that, this is a must have.

She is also a visual artist so as you can imagine, her videos are pretty damn cool.