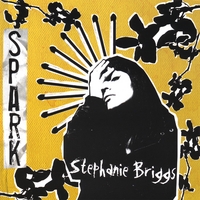 This is a really great record. It’s quirky and light at times but it also goes electric as on “Siphoning Seasons” which features a rocking guitar part.

I can hear a little Ani DiFranco influence in the guitar parts especially on “I Don’t Mind” and in the vocals on “Sundown”. But she’s no Ani clone. There’s much more to her music than just guitar (that’s not to take anything away from Ani, she’s a goddess to me). But this record has many layers, vocally and instrumentally.

There’s something girlish about Briggs’ voice on some songs but she maintains the perfect amount of edge to be really cool.

I could go into my favorite songs on this record, but I would just end up naming them all eventually. This is a very solid record that is going straight into my personal rotation.