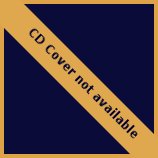 Album Name: The High Priestess
Artist: Regan
Year/Label: 2002 / High Priestess Productions
Ordering Information:
It doesn’t appear that you can order this EP, anymore since the only way used to be via MP3.com and they’re now gone. But here’s Regan

This four song EP showed up in my mailbox a couple of weeks ago accompanied by a business card with a naked woman on it. Hmmm, what kind of music could this be, I thought. Well, I popped it into my CD player and was amazed.

It’s part techno, part operatic, all beautiful. I guess it would be labeled “Goth” but it’s not the Goth I listened to in the late 80s.

The track, “Interrogated” is used in the film “Resident Evil” which came out in March of 2002. These songs among others will be on Regan’s upcoming debut, “Sellisternia”.

A note about the CD itself. It’s actually a black CD. I mean literally, physically the CD is black. It just looks like a hunk of plastic, I am amazed that it actually plays music. There aren’t even any grooves on it that I can see. But I’m glad that it does play because it’s a beautiful little disc.