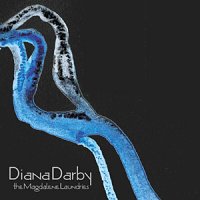 Diana Darby’s third album is named after a real place in Ireland that was run by the church. It’s where so-called “wayward girls” were sent into virtual slavery. There’s a powerful film by the same name and it’s inspired other songwriters as well.

Darby’s songs are loosely inspired by the place and sing them in a soft yet urgent voice to a minimal backing.

“Let Her Run Free” is a pretty self-explanatory ode letting people be as they are.

“The Murder” is an eerie and unsettling song, described by Darby as her “Tom Waits song”. The lyrics of an unseen murder and an odd saw-like sound contribute to the song’s power.

“I’m Wishing You Bluebirds” is light in the face of darkness. Darby sounds a little sad even now.

“Maryanne” ends the album with a soft yet scary song.

This is a stunning album.

← Album Review: Haunted Water by Lion Fever
I got my PIANO →