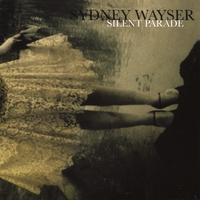 Sydney Wayser has lived in Los Angeles and Paris and that influences her album. She has a cool style and reminds me a little of Sarah Slean in her early days.

Misplaced Games is a piano and vocal tour de force with a fluid grace.

Carousel is graceful and full of subtle drama. Wayser is clearly a talented songwriter since she can write songs like this.

Place de la Bastille was inspired by the film Amelie and really nails its kooky Parisian charm. Wayser’s vocal set against an accordion is enough to make it irresistible.

Sydney Wayser’s debut makes her a name to remember.

← Album Review: The Truth about Suffering by Jamie Leonhart
Tina Dico’s “Count to Ten” out today! →