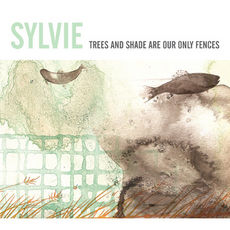 Jeez, I want to like this album. I really do. The artwork is cool, the name is cool. The sound is fine. But it’s just that… It’s fine. It’s not great, it’s not bad. It’s fine.

I have at least three albums in my rotation right now that would all qualify as “indie” bands. (the genre, not necessarily independent) But they all sound alike to me. Basic indie rock band. Nothing original or interesting. To me anyway.

I can tell they’re talented musicians, nothing sloppy about it. It’s professionally done and they sound good together. It’s just that I’ve had it in rotation for months and I just can’t find anything else to say about it.

I was looking at other reviews online and one reviewer who hated it, then liked it, then hated it again said this: “I have no idea for the life of me why I don’t like it.” I guess that’s perhaps what I feel. Though I can tell you, it’s much harder rock than I tend to go for, so it could be as simple as that for me.

I dunno, give it a shot, just because I don’t dig it, doesn’t mean you won’t. As I said, I can’t honestly find anything wrong with it. It’s just not for me. Maybe I’ll take it out 2 years from now and love it. It wouldn’t be the first time.