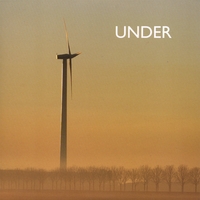 Why are the good ones often so short?

I think I was expecting something more industrial judging by the cover. I’m not sure why. Maybe it subliminally reminds me of another CD. (Perhaps it’s [this one]) But this is really very pretty, almost ambient dream pop.

The vocals are wistful and light without being wimpy.

They list The Sundays as an influence and I can really see that. There’s a definite pop sensibility here, but there’s a bit of a dark edge that makes this anything but mainstream.

Title track, Under reminds me a little of old Sarah McLachlan. Not the voice necessarily, but the sound in general.

Union is pure loveliness and is probably my favorite track here. But it’s really hard to say because they’re all good.

I would love to hear a full-length album from this band; I think they have great things to share.