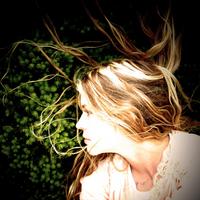 I am a big fan of Charlotte already, and it’s no surprise that I love this EP.

Title track “Veins” is really cool, funky, atmospheric. More so than usual for her.

“Bones” begins like a lullaby with soft tinkling piano. This sounds like vintage Charlotte (can there be such a thing for someone so young?). It sounds very similar to “Sweet Chariot” from “On Your Shore” (Charlotte’s previous full length CD).

“Four Walls” shows she is sounding less and less like Tori/Kate as she matures. This one is almost disco. I can certainly see this playing in dance clubs.

Track five has some very pretty piano, sounds like wind and rain, has a lo-fi quality to it. Since it’s called “Cars on Crescent” I’m guessing that’s cars whizzing by that we’re hearing. It’s a lovely instrumental piece.

“Days of the Week” is more minimalist than other songs, her voice is really upfront. She goes through the days of the week and what’s happening on those days. It’s got the feeling of a little ditty. Sweet little song.

The beginning of “Root” sounds like it could be a Sesame Street song then morphs into a Dresden Dolls-ish tune in the middle. This also a bit minimal sounding at times, but Char is nothing if not great at the crescendo and it shows in this song where it really busts out in parts. I love that.

“On Your Shore” Live version is track 8. Might be a hidden track on the completed version. Aside from some overly excited screetcher-fan at the end it’s a lovely recording.