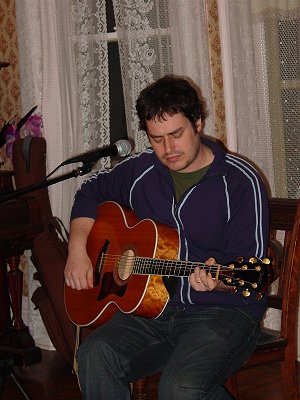 Ben played a great show at the house. We’ve been trying to arrange this show for years and something always came up (on both our sides) preventing it. So it was pretty cool that we were actually able to pull it together.

It was a very relaxed atmosphere and I must say Ben has some really cool fans and friends. We had a great time!

I didn’t write down a set list, but we did record the show so once I get a chance to listen to it I’ll write that up.

Track list from the house show…
At The End Of The Day
(New Song Not On An Album)
Simple World
Sun Also Rises
Keep Me Around
Tattoo
Tonight
Maryann
On A Sunday
::Break::
(Unsure)
Bloomed
All Alone

He also played at Aura the following day. The turnout was pretty abysmal. Ben said that he expected that because he’d had three really good shows in a row. I guess that’s how it goes. Rarely more than three good ones in a row! (by ‘good’ I mean, well attended…he’s always good).

There was only one reservation and that person didn’t even show. Luckily my fabulous friends stepped up and joined us for this small, but also great, show. 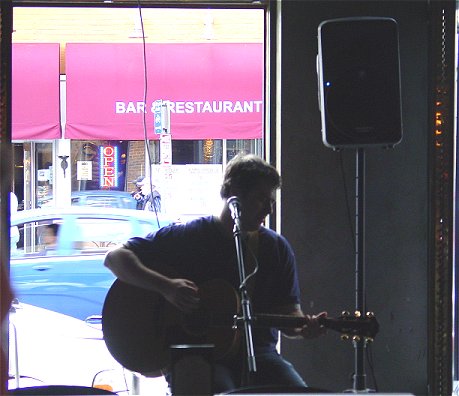 Aura has pretty poor lighting in the middle of the afternoon!

← Good Lo’ has it really been a week?
Album Review: I’m the Queen, You’re the Pauper by Moedog Darling →