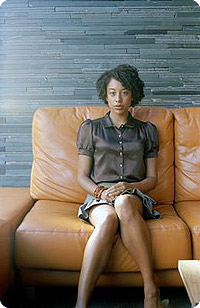 Corinne Bailey Rae has been busy! She’s starting work on her new album, and collaborating with all sorts of musicians, recording a number of tracks, which are soon to see the light of day.

Corinne will be featured on Radio 1 40th Anniversary album, doing a cover The Raconteur’s song ‘Steady As She Goes’.

Corinne has also been nominated for the 2007 MTV Europe Music Awards in the Ultimate Urban category [vote here] and as Best UK Female Artist in the 2007 MOBO Awards.