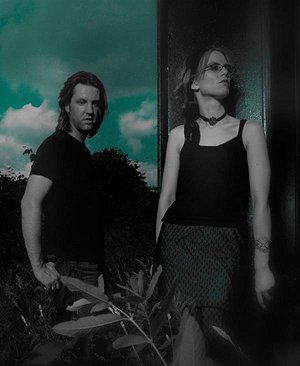 After two successful independent releasesâ€”their debut, The Vineyard EP and A girl, almost… in 2005â€”far beyond frail is gearing up for their first west coast tour in support of their third EP, Butterfly Sketches. The new EP is an intense look at love, at its most heartbreaking and uplifting. Recorded in Cincinnati, Ohio and produced by Grammy-nominated producer Ric Hordinski (Over the Rhine, David Wilcox), this collection of songs represents the band’s most impressive work to date.

On June 5, Butterfly Sketches will be available for purchase on the far beyond frail web site, www.farbeyondfrail.com. To coincide with the start of the tour, the EP will be available [Amazon] beginning June 15.

[Review of A Girl Almost…]
[Official Site]
[On MySpace]

The tour kicks-off in Overland Park, KS at Daily Dose Bar & Coffeehouse, has three stops in Los Angeles, CA, and wraps in Portland, OR at The Bitter End. Tour dates are as follows:

**Thanks to Commenter, Jen’s eagle eye we found out this venue was closing before this date, now it’s been changed.

2 comments for “far beyond frail – new EP and mini-tour”