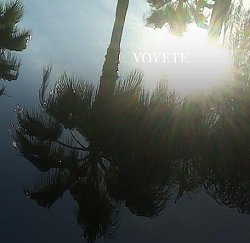 Vovete is a duo, Rui Guerreiro and Danny Da Silva from as they put it, “New York and other places.”

They’ve got an album coming out in the fall of 2009, “made with nothing but love, dreams and late nights.”

Shades and Shadows is a chorus of voices, a layered prayer, incantation, or hope for guidance
House Of Dreams is a lonely island built for two.

[Get the songs here]

Thanks to Dan for asking about this. I sent a note to the band and they wrote me back right away!
The album took a little longer to finish (they’re mixing it right now) but they offerred up this news tid-bit:

the album is called PROVIDENCE and will be out this spring (available on digital music retailers and in indie shops). We will be releasing an MP3 again soon, in addition to the ones we sent out already. we will be updating both our myspace and website soon with all the upcoming info including a show in February in New York at The Delancey as part of Small Beast, date tbd