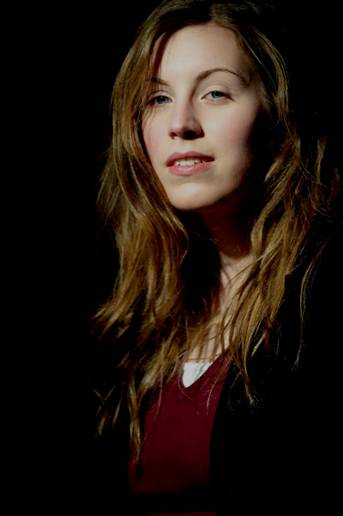 “Be not afraid of greatness: some are born great, some achieve greatness and some have greatness thrust upon them”.

The sweet voiced Isobel Heyworth falls into the latter category, with her unassuming and a little shy off stage presence, a transformation is made when she clutches her acoustic guitar and starts to sing and sooth souls with her comforting music.

Isobel kindly agreed to answer questions about her music and provide us with an insight into what motivates her to produce such ethereal, friendly and welcoming music.

1. How did you enjoy opening for Patty Griffin at the Manchester Academy recently? Also, how important is it for independent songwriters like yourself to have uncompromising and intelligent singers like Patti and Thea Gilmore to light the way?
Patti Griffin was amazing; I haven’t seen her play live before so it was a real privilege to see her in action. It’s a very emotive experience to watch her play and I spent along time wondering why she was so different to other players in this. I think it’s just because she and her whole band are feeling it so much. They seem to not even notice the audience at all and at some point the line to the musician playing the song or the song playing the musician becomes very much blurred. It’s really fascinating to watch.

2. You recently graced the SWAP (songwriters and publishers) Festival that featured Thea Gilmore, Steve Earle and Damien Dempsey, with two uplifting acoustic sets. How important are events like that to you? Are you proud to be an independent singer/songwriter in an age of robotic artists programmed to perform?
Definitely. However cliqued the phrase “keeping it real” may have become it does endear because at its heart is an absolute truth. Music is a singer, guitar, pianist, whatever…. playing to bring pleasure and comfort to people. That should always be at its root and that’s why SWAP is so brilliant. It reaffirms the basic premise of music to people who might not otherwise believe it.

We live in an age where robotic artists have grown from a genuine popular demand so it’s hard to criticise. They are, I suppose, an efficient means to bring music to the masses but the entertainment value is maybe more to do with the spectacle. That’s all good but I really hope the truly affecting experience of a song that means a great deal to you, played in front of you by the person who wrote it is never lost. The true greats need no more than that. That’s what SWAP promotes and that’s why it means a great deal. Look at Steve Earle. He captured, uplifted and inspired a full Academy 1 for over an hour and a half with no more than him and a guitar. That’s astonishing, and a huge credit to him and his songs. It’s what its all about.

3. Highlight track on your debut CD ‘On the Back Of an Envelope’ is the warm, welcoming and caressing ‘Just for you’. It is reminiscent of your contemporary Emiliana Torrini in my humble view. Do you agree with this and what is the origin of this number?
I like being compared to all good musicians but I daresay that is just because of self-flattery. Just for you is one of the first decent songs I wrote on guitar. I had only been playing guitar for a year when I wrote it which explains why it is so simple but it’s a song I really enjoy playing and recently putting a piano part to it and playing with the band has really made me listen to it afresh. It’s one of my favourite tracks on the new album because of it.

4. What plans do you have regarding your music? Do you intend to branch out and have a full backing band with you more often, or are you getting increasingly comfortable with the intimate nature of your solo shows?
I do like playing with the band a great deal. It’s a lot more fun and a lot easier both physically, because it takes a lot of pressure off, and in term of getting the music across to the audience. It’s a lot more interesting for an audience to watch and listen to a band because there is more going on. You also have the advantage of volume where as sometimes people actually have to concentrate hard to hear you and everything you are doing properly if you are playing alone.

The flipside of all of that of course is that commanding a room to silence solo is a big deal. Because of the factors listed above, you have to be doing something special to make it work. It’s a mass, unspoken compliment from the audience. I love that and it keeps me focused on writing the best songs that I possibly can.

5. What was the last gig you attended as a spectator and does it feel strange watching other artists? Are you constantly making mental notes on their performance?
The last gig I saw was Alfie at Night and Day last night. They were great. Its brilliant watching how other acts because you can take a lot from how different people approach things. There are some really great acts around at the moment that really think outside the box musically and there are some amazing performers. Everyone brings some thing different to the table so you’d be a fool not to be interested.

7. Who or what motivates you in life and to make such endearing music?
First and foremost I suppose I motivate myself. I know how much a great song affects me and I want to do that to other people. Everybody is concerned with leaving some form of legacy be it by their children or through their work…. That’s what I want mine to be. So long as I have hope that I can achieve that I’ll keep doing it.

After that and perhaps more importantly, it’s the people who listen to it. People have said some really kind things about the music I do and without that I couldn’t do it. Its peoples belief in what I do that makes me think its worthwhile and so keeps me doing it. The one couldn’t exist without the other.

8. Do you have any other hobbies? I sense a tinge of poetry in your lyrics, do you read or write much poetry?
I do love poetry especially that of Yeats who is my favourite poet but I like Emily Dickinson and Blake a lot to. I work quite hard on my lyrics so its nice to read poets who make it look so easy, although it sometimes does make it all the more frustrating to come back to that with which you are struggling!

9. I recently heard some young emo kids/punks who had been to see Finch on my way home from the SWAP Festival proudly proclaiming that they can form a mosh circle at any gig. Would you like to challenge them to form one at an Isobel Heyworth gig, to ‘Best Dress On’ perhaps?
Yes, its got to be really hasn’t it? They couldn’t mosh to that, although there is a remix of Best Dress on which has got a pretty fat beat to it …it works surprisingly well and you could mosh fairly easily to that I reckon…

10. Are you alarmed by the ability of certain media and press institutions to make a band or artist so big via the vice of hype? Do you thing that the music loving public relies too much on tastemakers in the U.S.A. and the U.K.?
Tastemakers are just people who can predict trends by knowing their market very well. Hype is a big problem at the moment because it means that the little guy can’t compete and that leads to only hyped acts succeeding. Since the hype consumes so much money, record companies will only hype the safest acts. The safest acts are those that follow a successful formula / are similar to other winning acts which mean that gradually our music is becoming blander and blander. It’s the musical equivalent of interbreeding and that never leads to a healthy population.

Of course the natural and popular reaction is to blame the record companies but it’s not that simple. They are a business reflecting the wants of the population. Even if a musical big wig is a genuine music fan they can only produce what sells or they’ll go broke and be of no use to anyone.

The fact of the matter is that it’s very much multifaceted. It seems to me that the record companies maybe should take more of a risk with different types of artists. They could to redistribute the money they have by spending less money on more acts as happened historically.

At the same time though, the record buying public need to listen to a wider range of music, because there is so much they would like if they looked for it. There is already a population of music fans who do this (you find them at gigs) but it’s the mass population that need to be converted so the record companies can reflect this. Once you have a wider range of music being listened to you get back to a healthy cross pollination of musical ideas and a truly inspiring mainstream musical culture.

Unfortunately none of this can happen, unless that’s what most people want. All genuine music fans and artists can do is keep plugging away. The fact that they’re so many of us has got to be a positive sign, I don’t think it’s hopeless in anyway. Its hard work, but maybe that’ll just make it more rewarding in the end.