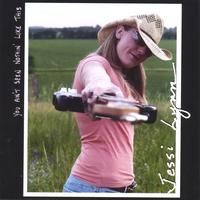 Jessi Lynn won the 2006 Madison Area Music Awards for Album Of The Year for You Ain’t Seen Nothin’ Like This.

Yellow Dog Productions is doing a full-length documentary on her. They began filming last week and will continue for the next year. It will be taken around to the film festivals once it’s completed.

Lynn also appeared on two different collection CD’s, one for “Women Folk – Volume One” and the other for “Smart Choice Music” out of the UK.

Note: I reviewed Jessi Lynn’s CD some time ago. Being country I expected not to like it but I really dug it.