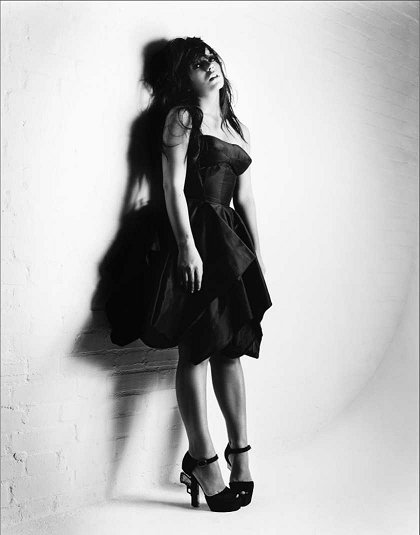 Fans May Stream Album beginning on February 3rd Before it Hits Stores
MySpace Music , the world’s premiere online music portal, is excited to announce the world exclusive premiere of It’s Not Me, It’s You, the highly anticipated second album from British singer and songwriter Lily Allen. [Lily’s MySpace]

Starting on February 3rd, MySpace users across the world will be able to stream her new album in its entirety, giving fans a chance to preview it before the official US release on February 10th. It’s Not Me, It’s You can be pre-ordered on Lily’s MySpace page this week and will be available for purchase via MySpace Music on February 10th. In addition to her global album premiere, fans should stay tuned for exciting MySpace news about special performances by Lily Allen.

It’s Not Me, It’s You is both a continuation of the preoccupations of Alright, Still, Lily’s critically acclaimed debut and a stiletto-heeled leap forward. The forensic, affecting, often humorous examinations of relationships and sexual politics are still there, but bigger themes are also tackled. BLENDER aptly summed it up as “part God, part country and all middle finger.” Working in a tiny rented house in England’s Cotswolds and at Eagle Rock Studios in Los Angeles, Allen wrote and recorded the album’s 12 songs with producer Greg Kurstin (the bird and the bee), who collaborated with her on three tracks for Alright, Still –Everything’s Just Wonderful, Alfie and Not Big.

Lily Allen created her MySpace Music page in November 2005, where she used the site to post demos and self-produced mixtapes to attract thousands of listeners from around the world. As she started gaining tens of thousands of MySpace friends, the media took notice of her growing popularity on the site and in March 2006 received her first major mainstream media coverage. Lily Allen released her first single Smile in 2006, which reached number one on the UK Singles Chart in July 2006. In December 2006, her debut album Alright, Still was voted one of the best albums of the year by Mixmag. In 2007, it was nominated for the award of Best British Album at the BRIT Awards and Lily was nominated for Best New Artist at the 2007 MTV Video Music Awards. The album was nominated for a 2008 Grammy Award in the category of “Best Alternative Music Album”. Alright, Still has sold over 2,600,000 copies worldwide. Lily Allen has more than 449,000 friends on MySpace Music. For more on Lily Allen and to stream It’s Not Me, It’s You, visit her [MySpace Music official profile].