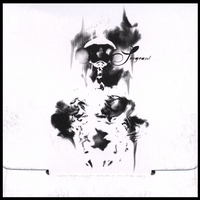 This is really cool driving rock. It’s harder than what I am used to but I like it. The style reminds a little of Carina Round. But perhaps a little less full sounding. Maybe a little less polished. But still very professional work.

Kelli Reull has a perfect rock voice. It just belongs there.

The songs are beautifully written, you don’t normally say that about rock music (or at least I don’t) but they are really well thought outâ€¦composed, as opposed to thrown together in rehearsal. Under Lock and Key almost has different movements.

While it’s not something I would pick to listen to every day, it’s a great record for those times when you want to rock out. Great played loud in the car. But not so loud you can’t hear the police car coming up behind you, that would be irresponsible.

← Album Review: Heavy & Light by Gold Box Kingdom
Have yourself a Tori Christmas →