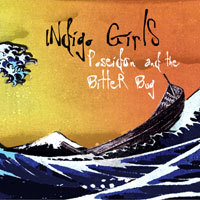 From the desk of Vanguard Records

It’s been two decades since the Indigo Girls launched their career with their independently released debut album, 1987’s Strange Fire.

Now, after entertaining millions of fans with their 10 major-label studio albums, Emily Saliers and Amy Ray have come full circle with the independent release of their new album, Poseidon and the Bitter Bug. There will also be a 2-CD Deluxe edition available which includes the full band studio sessions and the acoustic sessions with a bonus track. These will be hitting the streets on March 24th!