It’s time for the Christmas albums to start coming in. Here’s the first one I’ve hard about this season.
Gretchen Peters’ Northern Lights 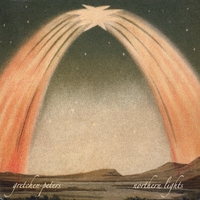 If a holiday album is usually little more than an occasion for tossing together a dozen cheery, well-known songs and a few shakes of the jingle bells just to have another product to sell at the prime shopping time of year, then Gretchen Peters’ latest recording, Northern Lights, is of an entirely different breed.

The CD, her sixth, was released last month on Scarlet Letter Records, and marks the first time Peters–an acclaimed artist and hit songwriter, whose 2007 set, Burnt Toast & Offerings, is an introspective tour de force–has captured the essence of a wintry season all on one disc.