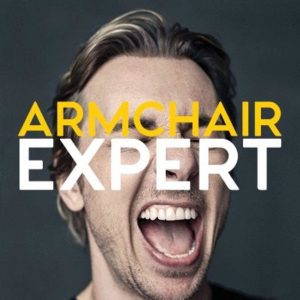 Dax shared the hosting with his friend, Monica Padman. They have a really special relationship. I just love “seeing” them interact and love how they treat each other. I’ve long been a fan of Dex’s acting work (who doesn’t want to be a Braverman?), and I was a little dubious about how he might handle interviewing people. Not to fear, he’s a natural.

His co-host Monica is wonderful as well. She mainly stays silent and lets Dax and the guest do all the talking. But she is the fact-checker so she is taking notes and then the last part of the episode is her going over things that were said, lending some clarity to the interview if needed.

They interview some really big names. Sean Penn, Bill Gates, Esther Perel, I mean the list goes on and on. Check out my favorites below.

They interviewed Dr. Laurie Santos who is a professor at Yale and teaches a course on Coursera called The Science of Well Being. I took this course and I love it, and recommend it to everyone! Here’s the link to it, (it’s free).

Some of my favorite episodes:
Susan David – She is a psychologist and has some great ideas about emotions and growth
David Farrier – he actually has two episodes, one regular interview, and another one called Armchaired and Dangerous where he explains the Lizard People theory. I loved both episodes.
Jason Bateman – there’s a very lengthy discussion about which direction they each wipe. Yes, that’s what I said.
Hilary Clinton – I told you they get big names.
Keith Urban – “no whining on the yacht.”
David Chang – one of my favorite chefs
Esther Perel – therapist extraordinaire (has 2 of her own amazing pods too)
Beanie Feldstein – you know her if you watch TV at all; she’s very charming.

Actually, there’s only been one episode I’ve found boring and I don’t even remember who it was!

I love this show, and even if you think you are not a fan of Dax, you will be in love with him after listening. He’s a beautiful human. So is Monica. 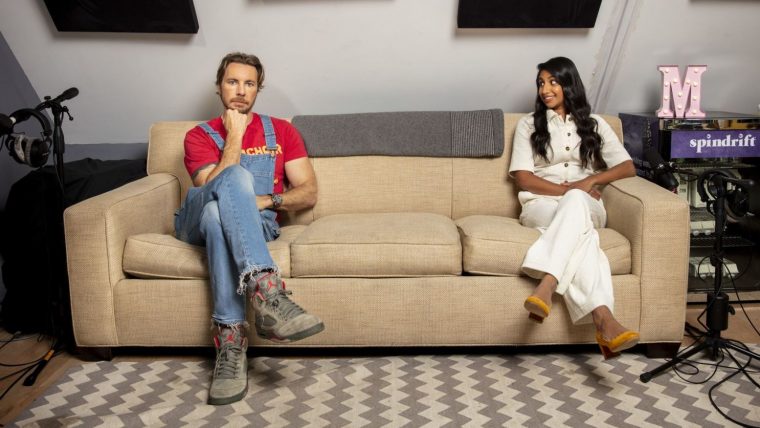 PS: Dr. Santos and Susan David each have their own podcasts too, I’ll talk more about them another time.