Today’s Podcast Recommendation is another two-fer! These two are similar in that they are super cool, weird spooky short stories. Full Body Chills and Radio Rental. 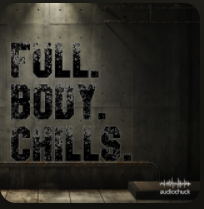 Full Body Chills is hosted by Ashley Flowers. We talked about her last week when we covered the Supernatural Podcast. The difference between this one and Supernatural is that these are fictional. They are written by Ashley and David Flowers and other members of their team. They are read by Ashley herself. She’s a very engaging storyteller.

Season two was just released on October 5, 2020, so if you’re not yet caught up, get there! I will warn that the last episode of season 1 is a real creeper. Seriously, I had to stop listening and rest and then pick it up a day or so later. 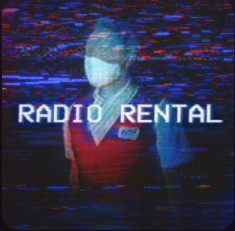 Radio Rental is a bit more tongue in cheek and silly, but also scary…or at least super weird. The official description is A mysterious video rental store with a tape collection of true scary stories narrated by the people who experienced them.
Your host is Terry Carnation (voiced by Rain Wilson) who is the shopkeeper. He introduces the stories, but they’re told mostly by the anonymous folks who lived these stories, but at times are interviewed by another person. I think it’s supposed to be a secret who this is because he’s not in the credits, But I swear I know who it is.

This one has 14 episodes (as of today) but I believe a second season is coming too. I must say, they go all-in on this. Terry Carnation has his own Twitter account, and you can sign up for a membership with the video store on their website. They even give a physical address (a mall in Georgia) and have photos of mini versions of the store on their website. I love everything about this one.

Some of my favorite episodes
Full Body Chills:
“Ersatz – I love this one because I’ve personally experienced this phenomenon!
“It’s Never Just a Mannequin” – this is the one I couldn’t listen to all the way through because it was so scary.
..but honestly, I think I loved all ten episodes.

Radio Rental:
Episode 2: the story called “Doppelganger” really stuck with me. I thought about it for days.
Episode 4: the second story, “Laura of the Woods” was a trip!

Bonus, both of these podcasts have “babysitter” themed episode. Happy Halloween!