Today’s Podcast Recommendation is Heavyweight. Your host is Jonathan Goldstein and he is more than willing to help you solve that problem or question that’s been bothering you. 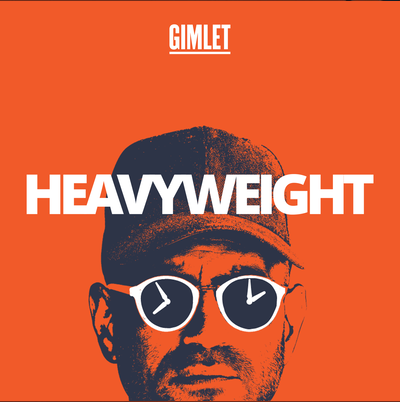 This Gimlet Media podcast one is one of those that will make you feel really uplifted or quite sad. People are invited to reach out to the podcast for help in resolving some issue or misunderstanding, or some mystery about their lives.

For example, One woman wanted to know why she was kicked out of her sorority back in college because she knew the reason that they gave her was bullshit. So Jonathan reached out to her former college and sorority sisters to get some answers. (10: Rose)

One where Jonathan wanted to know why his father and uncle (father’s brother) weren’t speaking to each other. So they went on a road trip to bring the two together. (1:Buzz)

“Why is Mason Reese Crying” (no number but it was released Oct 8, 2020) was originally done for another Gimlet Media podcast, Reply All. It was about a child actor who was seen sobbing uncontrollably on the Mike Douglas show back in the 70s. So he tracked down the actor and interviewed him. It was very interesting.

Another nice tip is that each episode begins with Jonathan calling his friend Jackie and she’s hilariously mean to him.

All the episodes are fascinating, but be sure to check out…aside from those listed above:
16: Rob (Rob Cordray wants answers on his childhood broken arm)
27: Scott (a man who has a huge regret about a choice he made in his past)
25: Becky and Jo (sisters want answers about why their favorite babysitter disappeared)