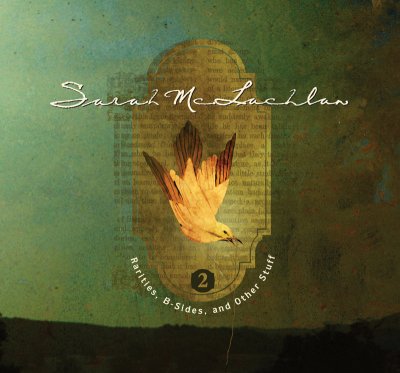 Since signing with Arista nearly two decades ago, every one of Sarah McLachlan’s studio and live albums and videos have been certified gold, platinum, multi-platinum, or diamond by the CRIA, starting with Touch (1988) and Solace (1991), both platinum sellers. Her 1994 breakthrough, Fumbling Towards Ecstasy (2x platinum) was followed by the digitally enhanced multimedia version of The Freedom Sessions (1995, gold). Sarah’s landmark fourth album, the Diamond certified Surfacing (1997), contained two Grammy Award-winning tracks, as “Building a Mystery” won for Best Female Pop Vocal, and “Last Dance” was voted Best Pop Instrumental. 1999’s quadruple-platinum Mirrorball, and its platinum long-form video counterpart, were both culled from that year’s Lilith Fair tour, and spun off Sarah’s third Grammy-winning performance, as “I Will Remember You” won for Best Female Pop Vocal. The 5 times platinum Afterglow followed in 2003, and received a Grammy nomination for Best Pop Vocal Album, while its opening track, “Fallen” was nominated for Best Female Pop Vocal.

The good news for you is that I’m giving away a copy!! Courtesy of [Filter Magazine], thanks Filter!
Aren’t you glad you read to the bottom? the 5th person to comment here (saying you would like a copy and naming your favorite Sarah M song) wins a copy of this. (US residents only)

UPDATE: Congrats to Josh! I never said you couldn’t fill out more than one comment 🙂
This is the first contest I’ve done and it was fun (I love getting comments) so expect more to come. If I get more Sarah M CDs I will be sure you let you all know.