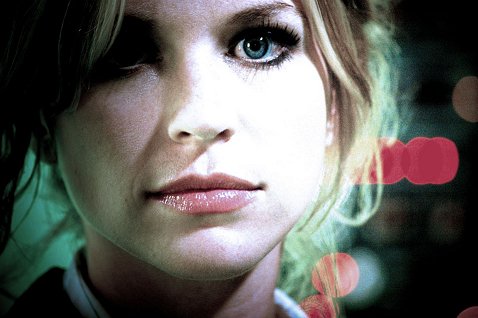 For Charlotte Martin, the most important thing is making a connection.

“Every single part of me is a piece of somebody else,” says the piano-playing chanteuse. From connecting her life’s tales with her powerful lyrics, to her fans that see themselves in her songs, Martin is an extraordinary kind of songwriter that builds close ties with anyone who hears her music.

Evoking influences as diverse as Kate Bush, PJ Harvey, Sarah McLachlan, Fiona Apple, early Tori Amos and Joni Mitchell – but still very much her own musician – Martin’s music is a telling snapshot of her life.

A not-so-closet Goth with bleach-blonde hair, Martin has a knack for crafting emotionally-complex songs that continually flirt with pop structures. While her beautiful voice and piano-playing prowess offer an entrée into her music, it’s Martin’s uncompromising lyrics that keep you coming back.
~taken from her Official Bio

For Stromata, her 2006 release