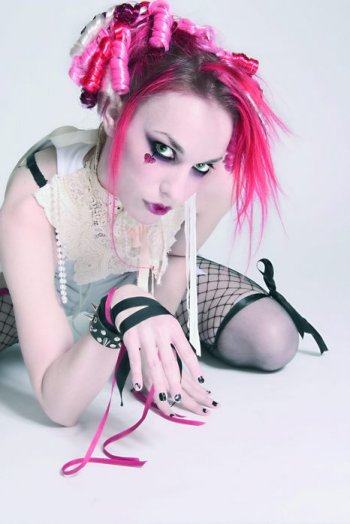 Renaissance rock, elegant alternative, soulful siren songs… Call it what you will, singer/songwriter/violinist/pianist Emilie Autumn is that rarest of musical breeds: a true original.

Born in Malibu, California, on 22 September, 1979, Emilie made music her first language, learning to read notes before she learned the alphabet. Playing the violin since the age of four, she grew up in the world of concert halls and European tours, though never denied her fondness for Miles Davis and Jimi Hendrix. Performing jazz as well as classical music, Emilie gained notoriety as a versatile yet virtuosic performer in her early teens. Having quit formal education at the age of nine, she educated herself by self-imposed immersion into her favorite subjects: history, literature, and art. Her natural fascination for times past led her to embark on what she describes as a “lifelong archaeological exploration” into the music of the medieval, renaissance, and baroque eras, becoming one of the youngest champions of the period performance movement and earning a classical recording deal at age 18.

While writing jazz, rock, and symphonic originals, Emilie’s pop and rock songs have been recorded by international performers, and her symphonic works have found their way into a number of films, both in the US and abroad. Most unexpected was Emilie’s debut as a vocalist, as introduced on her new album, “ENCHANT”, available on Seraph Records. Displaying a natural and previously unrevealed talent, Emilie’s voice and formidable song-writing abilities captured the attention of Seraph Records who signed the 20-year-old artist in the fall of 2000.

While promoting her new album, “ENCHANT”, which combines her vocal, compositional, and poetic skills as well as her mastery of the violin and piano, Emilie continues to perform classically with her nouveau-historical ensemble, “Ravensong”, and plans to release a full-length album with the band in the near future. Emilie’s other albums include a special edition classical album recorded in her teens and available on her website