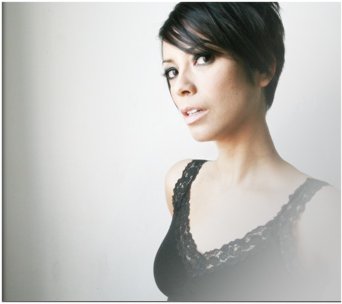 Emm Gryner was born in 1975 in Sarnia, Ontario.

She began writing songs at age 10. When she was 21 years old Emm started her own record label “Dead Daisy Records”. It only took a couple of years before the people at Lilith Fair got interested and invited her to perform. She played Lilith Fairs in both 1997 and 1998.

Her first EP, “Original Leap Year was releases in 1996. Then came the full length, “Public” in 1998. Her latest gig has been singing back up for non other than David Bowie!

About “Science Fair” from official site:

“Emm Gryner’s productivity makes for a prolific song output. Her desire to reveal her private side results in the release of Science Fair a collection of 8-track recordings, free of studio embellishments, sustained by the passion and intensity of the writer.”

Update: Emm Gryner’s latest album, Dead Relatives, is a collection of unreleased material that she wanted to share with her fans. The tracks date back to 1992, and include b-sides, demos, and other stuff that didn’t make it onto her previous records. In her spare time, Emm has been touring with David Bowie as a backup singer.
From Umbrella Music