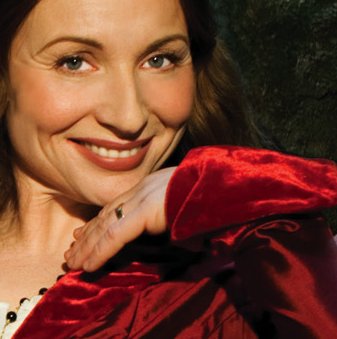 Judith Owen‘s love of music started quite early. Her father is an acclaimed opera singer, and much of her youth was spent literally waiting in the wings. After University, Judith moved to Los Angeles, where a fateful meeting with Shawn Colvin led to a guest appearance on the tune “Suicide Alley” from Colvin’s “A Few Good Repairs” album. Soon afterward, through another chance introduction, director Jim Brooks then featured Judith’s song “Hand on My Heart” in his film, “As Good As It Gets”.

Next up, Judith was introduced to producer Glen Ballard, he of Alanis Morissette, No Doubt and Dave Matthews fame. Ballard was, so to speak, blown senseless by Judith’s songs and live performance, and promptly signed her to his Java Records label. Says Ballard: “Judith has the right combination of the classic singer/songwriter and the most exotic flavor in the cabinet….and she packs an emotional wallop.” Carefully Judith and Glen worked on the album that would change the world, if only it could be released. But alas, that was not to be.

Shockingly (except it’s the music business), Java was dismantled while most of its artist roster watched helplessly. The only salvation was that Judith was able to wrest control back of the record, which is now titled Limited Edition. Not one to sit around and mope, Judith set up a website and promptly set about getting songs placed in tv shows and in films. Felicity and Charmed and The Simpsons, have featured songs
As Judith says, “I’m yellow and they got my nose right. I love that they chose the absolute least likely song I have for a cabaret setting.”

“Judith Owen is an exclamation point. Gifted, witty and Welsh, Judith combines the pounding piano sensitivity of Elton John and Ben Folds with a Pythonesque sense of humor.”

Read a review of her CD, Limited Edition at Collected Sounds

Listen to a radio show from >a href=”http://www.blog.collectedsounds.com/?p=1407″>[The Current]