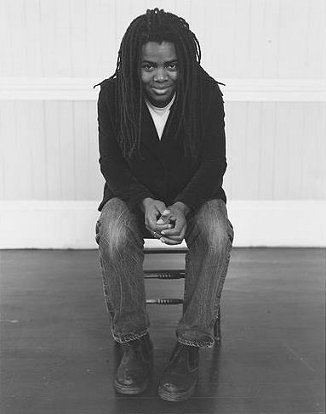 In her childhood, Tracy learned to play the ukulele, the piano, and eventually the guitar and started writing her own songs.

She attended a private school in Connecticut after receiving a scholarship and then Tufts University in Boston after winning a minority placement scholarship.

While studying African culture and anthropology at Tufts, Tracy began performing her folk sound at local coffeehouses on the streets of Harvard Square.

She recorded some demos that eventually made their way to the right people, and Tracy singed with Elektra Records in 1987. An important musical artist had emerged from the ashes of the 80s.

In 80s, when the pop radio airwaves were filled with synthesizers and video-generated pop stars, Tracy emerged with her debut LP filled with a raw, calming folk sound that was welcomed by music fans. Her subtle lyrics and sound made her a hit with critics, and her landmark single “Fast Car” introduced her to a legion of fans.

Tracy has a knack for singing about a disenfranchised environment with an overtone of ultimate optimism for change.

–from Rock on the Net

Read review of:
[let it Rain]