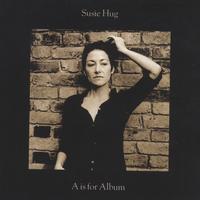 Susie Hug used to sing in now defunct popsters Katydids who were pretty special. This solo debut was produced by Fran Healy from British band Travis who also plays on the album. Opener “Green to Gold” is every bit the classy pop song, highlighting Hug’s sweet voice.

“August Moon” is a lovely, slightly psychedelic song. “Fable” is an up-tempo song with sharp lyrics. Hug’s girlish voice contrasts with her lyrics but it works well.

“Animal friends” is playful and will have you singing along in no time. The country-flavored “Reason” was covered by Travis and it’s hardly surprising since it’s great.

“Amazed” rocks out a little and has an intelligent lyric on relationships.