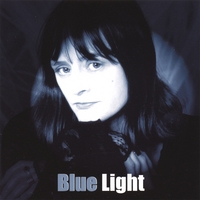 Jude Johnstone is one of the artists I featured early on in Collected Sounds history. I’ve also reviewed her records in the past and I’ve always enjoyed them. This album is no exception.

Her voice is beyond soothing. It’s got that little bit of rasp to it that makes it easy to just fall into it. I could really listen to her all day. At times she reminds me a LOT of Shawn Colvin. Just vocally, the musical style is different.

A glance at my previous reviews reminds me that her first release was of a more country or Americana feel. I even compared her to Bonnie Raitt (for whom she wrote songs). By the second release she had seemed more AAA to me.

But the songs on this album are a lovely contemporary jazz that just makes me feel like I’m in a dark jazz club sipping martinis or slow dancing with someone special. It’s very romantic music.

There is some beautiful piano, played by Johnstone herself, and other fantastic instrumentation as well. The production quality of this release is also outstanding. I really don’t understand why she is not a household name. She puts out consistently good music.

Stand out songs for me are these: New York Morning (a good bagel, coffee and newspaper song). Paper Doll is the song I want to have playing for that aforementioned dance (I know the lyrics don’t match the mood, but the sound does, for me). Quittin Time is beautiful and perfect.

I’ve enjoyed all of Jude Johnstone’s records, but I think I’d have to say this is my favorite, so far.