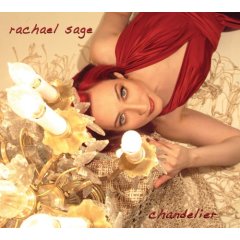 I know I’ve said this before about Rachael’s music, but since I have seen her live a number of times (in my living room) generally when a new CD comes out I am already sort of familiar with many of the songs. I actually love that feeling.

Opener Vertigo is a real standout. The piano is very intricate and reminds me a little of Shauna Burns. The melody is very appealing and memorable (sticks in my brain).

My Word is already very familiar to me, and I love it. So either I heard it live last year, or it’s just one of those songs that is immediately your friend upon first listen. She’s such a good songwriter, it could be either scenario.

Her piano playing is stellar as is her voice. She just keeps getting better. The production and instrumentation are phenomenal as well.

I could go into why I really like every song here, but I won’t bore those of you who have not heard it yet. I will say that it seems every time Rachael puts out a new record I like it more than the last. She’s a fantastic artist and I always look forward to what she will come up with next.

*Note: Collected Sounds favorites Gregory Douglass and Noe Venable also appear on this record. Also, the copy I have, has a different cover. So keep that in mind when shopping. The one above is what Amazon has, the one I have looks like this: 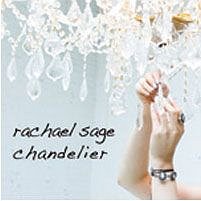 ← Album review: Hungrytown by Hungrytown
Good Lo’ has it really been a week? →