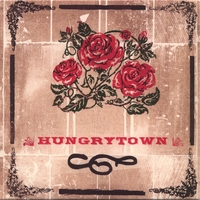 As one might expect from the packaging, this album is pretty country-ish. But it’s got an edge to it too, so think more Be Good Tanyas rather than Shania Twain. Thank goodness! Actually, the more I listen, the more I think bluegrass is more applicable. (Did I just use ‘more’ three times in one sentence?)

We open with Lucille, Lucille which is a nice song with some great harmonies.

Rose for the Briar sounds like an old Irish song. But the liner notes say it’s written by them. I really like it. Nice job!

I also really like On the Other Side, very high energy and will make you want to move.

All in all, the album has a very comfortable down home feel and sound. Great for feeling transported…unless you already live in the country. But for a city girl like me, it’s a nice getaway.

Track Listing
Listen to track samples while you read
1 Lucille, Lucille
2 One Morning in May
3 Sylvie
4 Rose or the Briar
5 Every Day
6 Solid Ground
7 On the Other Side
8 Weep Not For Me
9 Troubles Change Direction
10 Hungrytown Road
11 November Song
12 With Tomorrow