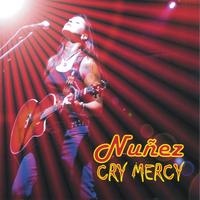 Judging by the cover of this CD I didn’t think I’d love it. I’m not usually into hard rock. But I listen to everything I get even the gangsta rap (yes, people do send that, not everyone reads my submission policy). So I put it in. Wow.

Yes, it’s hard rock, but Linda Nunez has such an appealing voice that I was immediately drawn in. At times I am reminded of Ann & Nancy Wilson on Heart’s more rockin tracks. Nunez’ voice is a perfect match for this genre. It’s strong, solid, gutsy, yet crystal clear and can play soft just as nicely.

“Love in Pieces” really shows her vocal skill. So does “That’s Where I Went Wrong” which might be my favorite here.

Since I’m not a musician I won’t comment too much on the instrumentation except to say that it sounds great. Very together, very professional. Judging by the photos on their site they’re a blast to see live as well.

If you like your rock harder and gutsier then you should give Nunez a spin. I doubt you’ll be disappointed.

Rating: 5 Stars
Comment: If you haven’t seen this artist live yet, I suggest you do so soon if you want to say you saw her before she blew up. The album is amazing and it’s always in my CD player. But when I saw her live, I was stunned to hear a better performance than even the CD. She just blew me away. Thanks Nunez. Keep rockin!
name: Alice Mitchell on Monday, March 27, 2006

Rating: 5 Stars
Comment: This is the best female vocalist in this genre to come along in a very long time.. Keep playing this if you have it, and if you don’t..go buy it..
name: Shearon on Monday, March 27, 2006